Windsor Soundswell Choir - About the Choir 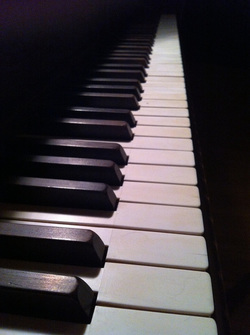 Windsor Soundswell Choir started out in 2008 as a WEA (Workers Educational Association) Singing for Fun course with its first musical director Sarah Westcott. It was so popular that members decided to form a choir the following year, meeting in All Saints Church hall in Windsor. Originally called Windsor Viva Voices, the choir changed its name to Windsor Soundswell in September 2010, following a request from another group in East Anglia who used Viva Voices as a ‘trading’ name for their choral activities! It also moved to Trinity St Stephen School hall, in Vansittart Road, and then to Oakfield First School in Imperial Road in Windsor. When Sarah decided to leave because of the long journey from her home in Oxford, the choir was lucky to find another excellent musical director in Guy Bunce who has led the choir since September 2011. Windsor Soundswell, which meets every Tuesday evening from 7.30-9.30pm, is a friendly, mixed choir which welcomes new members and continues to sing for fun. Their repertoire ranges widely from gospel songs to musicals, folk songs from all over the world, classics and pop songs.

They have taken part in the End of the Year Show at Windsor’s Theatre Royal for four years and have branched out to sing for local care homes, a hospital and village/school fetes. In April 2016 the choir hosted their first afternoon singing workshop to which members of other choirs as well as any individuals who like to sing were invited. The workshop was very well received and the choir was happy to have raised ﻿﻿﻿£224.66﻿﻿﻿ for their chosen charity for this event - the Sebastian's Action Trust. As a result of the choir's workshop it welcomed its first male members and everyone is extremely happy at being able to sing songs with 3 or 4 voices instead of only 2! As of 2017 the choir works with an accompanist which gives our MD Guy the chance to conduct and work much better with all the parts.